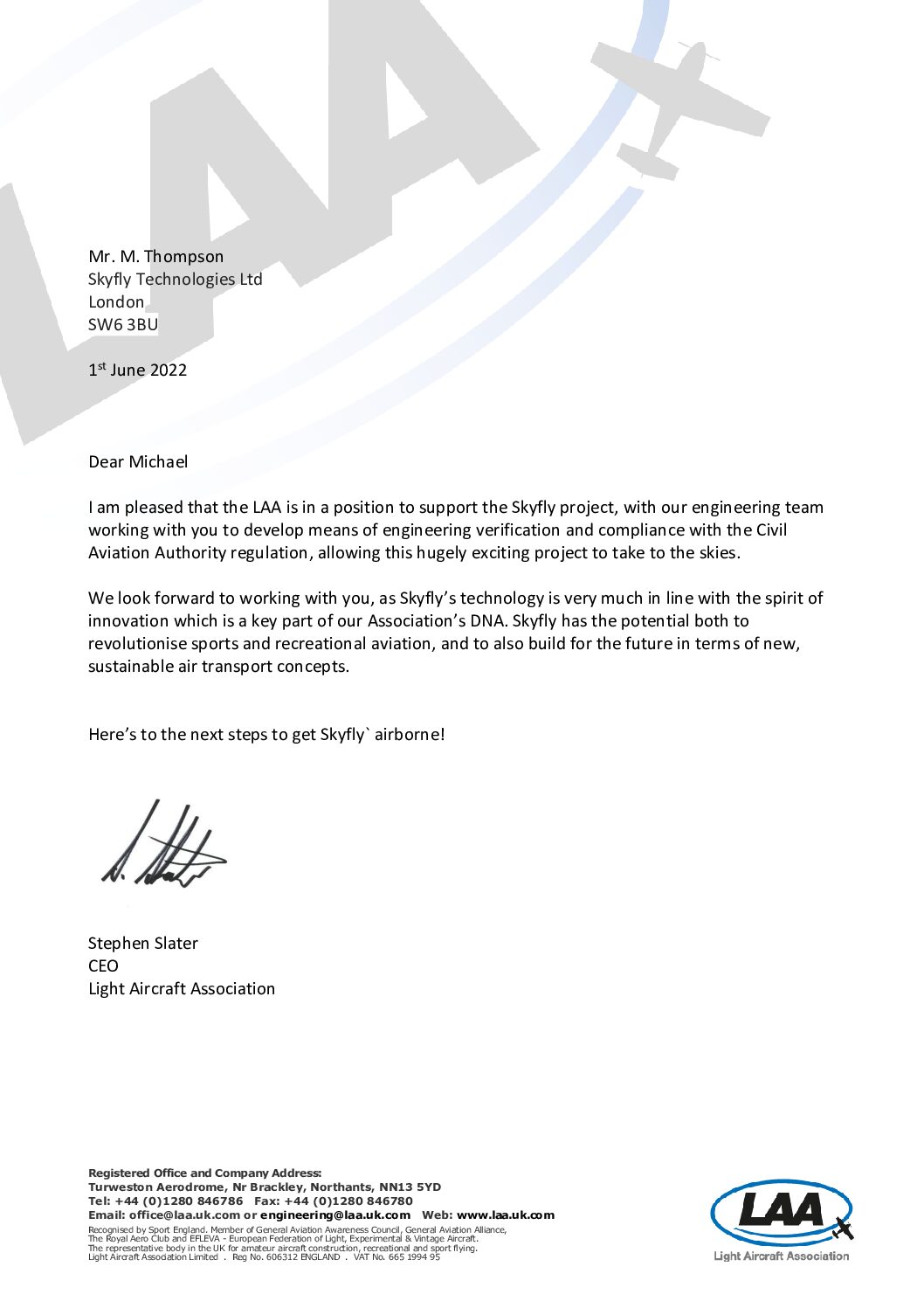 Skyfly is collaborating with the Light Aircraft Association on various aspects of the build, certification and pilot licensing of the Axe aircraft. The LAA are the UK’s principal representative body for amateur-built and light aircraft.

In a letter of support from the LAA, CEO Steve Slater wrote to Michael Thompson, CEO of Skyfly Technologies:

“I am pleased that the LAA is in a position to support the Skyfly project, with our engineering team working with you to develop means of engineering verification and compliance with the Civil Aviation Authority regulation, allowing this hugely exciting project to take to the skies.

We look forward to working with you, as Skyfly’s technology is very much in line with the spirit of innovation which is a key part of our Association’s DNA. Skyfly has the potential both to revolutionise sports and recreational aviation, and to also build for the future in terms of new, sustainable air transport concepts.”

Skyfly will be the first company to collaborate with the LAA design and engineering teams in the E-VTOL sector.

Their organisation is delegated by the CAA to cover a number of vital areas that are fundamental to the Axe development programme and eventual role out. Areas we will be using the LAA: